HIPAA established the Security Rule to ensure that all covered entities have implemented safeguards to protect the confidentiality, integrity, and access of PHI.

The HIPAA Security Rule is multifaceted.  For a close read, please check out the article in our Support Center article here.…

Yesterday, the Syrian Electronic Army (SEA) hacked into Skype and Microsoft’s twitter account.  The twitter feed read, “Don’t use Microsoft emails (hotmail,outlook), They are monitoring your accounts and selling the data to governments.”  The same post also appeared on Microsoft’s twitter feed.  Both were swiftly removed.  In a statement today, Skype representatives said, “No user information was compromised.”  What a sigh of relief, for Skype and their customer base!

We at SecureVideo want to reassure you that while internet security concerns heighten at times like these, we will always offer you peace of mind.  We are a company built from the ground up to be HIPAA compliant.  Our one-to-one connection gives you the utmost privacy in your videoconference connection.  We do not route through, record, or store your sessions on any server.  You and your practice are more secure with our videoconferencing solutions.  Because of this, we are proud to offer a system you can trust.…

Did you know that www.securevideo.com is not just for people in the medical field that need to abide by HIPAA laws?

The truth is, anyone looking for an easy, secure, low-cost video conferencing connection could use SecureVideo.  Our meetings are peer-to-peer.   That means your video session isn’t routed through any servers and it can’t be saved or recorded by www.securevideo.com, nor subpoenaed from us.   Your meetings stay confidential, as if you were talking to a person face-to-face.

In general, much of our daily communication is nonverbal.  Unlike phone calls, you can read more of your clients’ or associates’ nonverbal cues through a videoconference call.  This comes in handy, especially since we spend so time communicating electronically, missing the tone and body language that accompany the actual text we read.

SecureVideo customers also benefit from the scheduler included with all SecureVideo plans and branding features you get with the Individual PLUS or Enterprise Plan.   These features enable more of your clients to keep their appointments with you.   Plus, your session invites appear to come from your own videoconferencing platform: YourCompanyNameHere.www.securevideo.com.   How cool is that?

Video conferencing has become a necessary tool for communication in any field.   For example, lawyers can use it to gather oral statements for a deposition, without involving expensive or lengthy travel.  Or allow loan officers to interview their borrowers remotely and process applications in collaboration with other bank branches.  It could also give Human Resource managers a way to conduct interviews with talented candidates, without restricting their choices to local applicants.

You know your workflow best.  When your business calls for secure, face-to-face communication, you have options.  Try us for free.… 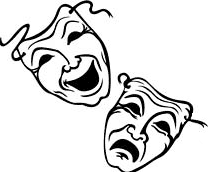 From a human perspective, a good videoconference is similar to a good movie.  In a good movie, there is a “suspension of disbelief”, whereby the viewer–initially well aware of being seated in a movie theater and thus disbelieving of the reality of images appearing on the screen–eventually suspends that disbelief to the point where the characters, actions, and conversations on the screen appear real.

Likewise, in a good videoconference, the participant is initially aware of communicating with the other party through a screen, camera, microphone, and speaker, but eventually this “disbelief” of in-person contact is suspended, such that after a few minutes both participants really feel like they’re meeing face-to-face.

The time-tested rules to achieve “suspension of disbelief” in videoconferencing are as simple to enumerate as they are complex to technically implement:

Rule #1) the video must be of a high enough resolution that each speaker’s eyes, hands, facial gestures, and body language can be clearly understood by each listener.

Rule #2) the audio must be clear enough so as to approximate the sounds the listener would hear if the speaker was in the same room.

Rule #3) the video and audio must flow smoothly and naturally, with no hiccups, stops, or gaps.

Rule #4) there must be no delays between the video and audio portions–when the speaker’s mouth moves, the speaker’s words must be heard at the exact same moment.

Sounds easy enough, right?  It is perhaps, until one considers the various “videoconferencing trolls” which lurk in the shadows of the internet to often confound even the most expert videoconferencers.  To get a high quality videoconference, each of these trolls must be avoided.

The Inferior Audio-Video Equipment Troll.  As I mentioned earlier, in order to videoconference, each party must have a web camera and microphone–to send the video and audio–and a screen and speakers–to receive the video and audio.  (Many users prefer to use a headset, which combines the speaker and microphone functions, and also overcomes the pesky “Echo” troll.)

A web camera that has low resolution, supports only a low frame rate, or handles light contrast poorly, will break rule #1.  As will a low resolution, or very small screen image on the viewer’s end.  On the audio side, a microphone or headset that do not pick up the speaker’s words with the proper sensitivity and digital sampling, will break rule #2.  A low quality speaker on the listener’s end will have the same effect.

These AV Equipment trolls are theoretically simple enough for each participant to fix–it just requires spending some money (usually $50 is enough for a webcam, and $30 for a headset which contains both speakers and microphone).  However, more videoconferences than I can count have failed to achieve “suspension of disbelief” due to inferior equipment.

The Slow Computer Troll.  Let’s say you’re in a videoconference, and everyone has cleverly avoided The Inferior Audio-Video Equipment Troll by having good equipment.  Your web camera and microphone are picking up your images and words really well, and sending them to your computer.  Now all your computer has to do is to encode those images and words into a digital stream of 0’s and 1’s and send them over the internet, and it has to do so at least as quickly as the 0’s and 1’s are arriving from your A/V devices.

But, alas!  It turns out that this encoding takes a lot of computer processing power (much more so than decoding, as it happens), and if your computer does not possess sufficient processing power, then your 0’s and 1’s will not be able to be sent to your videoconferencing partners at the same rate they’re arriving from your A/V equipment, and thus your videoconference will be defeated by The Slow Computer Troll, manifesting through the violation of rules #3 and #4 above.

To avoid The Slow Computer Troll, you simply need to have a good enough Computer or device.  www.securevideo.com offers a computer speed test, so you can see whether The Slow Computer Troll is inhabiting your computer or not.  The latest Apple iPad (the iPad 3) runs a very lovely videoconference, so that could be a good way to avoid this particular troll.  If you want to stay with your computer to run the Troll out of town, you could consider a CPU (processor) upgrade. The Firewall Troll.  The Firewall Troll holds sway when there is a firewall between your computer and the Internet, as often happens when you’re on a corporate network.  In this case, The Firewall Troll (and his cousin, The Network Address Translation Troll) can often prevent videoconferencing connection altogether.  The solutions to this Troll are varied and generally complex.  At www.securevideo.com, we use a combination of Video Proxies, which restrict the videoconference to ports which are commonly unaffected by firewalls, and protocols such as STUN and ICE which are specifically designed to overcome address translation issues.  I have seen several other solutions to this problem in the field, most being variants of this approach.

The Low Bandwidth Troll.  The Low Bandwidth Troll appears in the slower corners of the internet where bandwidth is less than 1 megabit per second: generally these are 3G and slower 4G mobile connections, many DSL connections, and corporate T1 networks with many users.  While the normal solution for this problem is to obtain a faster Internet connection, this is generally the most difficult to achieve, often involving high cost and lengthy lead times.  At www.securevideo.com, our platform uses a technology called “Adaptive Layering” to greatly mitigate this problem.

Adaptive Layering means that the 0s and 1s are not sent in a single stream which is then transmitted to all participants (which is how almost all other platforms operate.)  Instead, the 0s and 1s are arranged into a number of layers.  Participants who can receive the highest resolution streams receive all the layers and get a perfect experience.  Participants who cannot, receive only those layers which comprise the lower resolution stream.  In this way, the media streams are optimized for each participant.

Dealing with The Intermittent Troll separates the top videoconferencing platforms from the also-rans.  The www.securevideo.com platform uses Scalable Video Coding (SVC) to solve the problem.  With SVC, when an intermittent network hiccup is encountered, the video (and occasionally the audio) resolution will be subtly and immediately adjusted, such that there is no interruption in the streams, and no syncing issue.  The only perceptible effect to the participants are that the background may get a little fuzzier, or in the extreme case, the entire video stream gets less sharp and perhaps even the audio loses a little clarity.  However, once the intermittent condition resolves, the software automatically and quickly adjusts back to the maximum resolution.  From a suspension of disbelief standpoint, it is similar to a part in the movie where one thinks momentarily about other roles one of the actors has played, but quickly reabsorbs back into the plot line.  In my many years in videoconferencing, the SVC technology is the only effective way I have ever seen to deal with that King of videoconferencing trolls, The Intermittent Troll. The Echo Troll.  The last major Videoconferencing Troll is The Echo Troll.  The Echo Troll manifestation is where a speaker hears himself speak, on a slight delay, as he speaks, which has a most disconcerting effect.  It is generally caused by a listener’s microphone and speakers placed too closely together, whereby 1) the talker speaks; 2) the sound comes out the speaker of the listener; 3) the same sound enters the microphone of the listener; 4) that sound is sent back to the talker’s speaker; and, finally, 5) the talker is quickly driven insane.

If this is not possible, as with a laptop which may have built in microphone and speakers, then you’d better hope the video-conferencing platform supports echo cancellation.  Which many don’t, but of course, www.securevideo.com does.

My #2 hope is that you have an excellent remainder of your day, after having read this blog entry.  If this happens, I wouldn’t presume to take credit for it, but then you never really know, right?

My #1 hope is that after reading this, you’ll realize that no videoconferencing platform on this planet is as effective in shutting down the Videoconferencing Trolls, and thereby creating real “suspension of disbelief”, as www.securevideo.com, and you will see the light and sign up this very moment for a 30 day free trial so that you can see the quality difference for yourself.

Even after as few as 2 or 3 videoconferences, I believe that you’ll start to see what I’m talking about: that a high quality videoconference will make you feel like you really are in the same room as the other person, and after exchanging the subtle nonverbal cues, facial expressions, body language, and eye contact, you will be truly amazed at the power of our technology.…